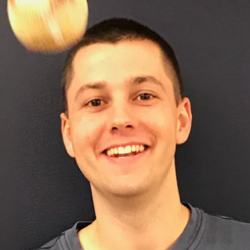 Ever wanted to check in during a timeout to see how many turnovers your point guard has? Wish you could know who was winning the battle in the paint and share rebounding stats with your team at halftime? The fast pace of basketball has always made it difficult to track stats in the moment.

Keep your eyes on the court — instead of the scorebook

For the first time ever, basketball scorekeepers can collect stats as they happen using just their voice. The latest version of the GameChanger app on iOS or Android supports voice scorekeeping for basketball, so scorekeepers can keep their eyes on the court instead of buried in the scorebook.

Simply tap and hold the blue microphone button within scorekeeping mode and dictate each play as it happens by saying the play result and the jersey number of the player involved in the play. Some examples:

Multiple plays at once

You can score multiple plays in one input, such as:

Scoring for the opponent

By default, the app will assign stats to your team. To track stats for the opponent, add the word "opponent" or "home"/"away" to the end of the play entry in order to assign to the opposing team. Examples:

Assigning stats at the team level

Don't need to assign each play to a player? Leave out jersey numbers when entering a play to track stats on the team level, like in the below examples:

"Rebound" = a rebound for your team

You can always go back and assign plays to a dictated play later.

No more scrolling through your team's roster to find the player coming in or out of the game. Save time in those moments (and keep your +/- accurate) by saying "sub" or "substitution" before the player's jersey number who is entering or leaving the game.

Questions? Feedback? Send an email to help@gc.com with "Voice Scorekeeping" in the subject line.

Trying GameChanger Basketball for the first time? Check out our scorekeeper training.